I saw that there was such a need to tell other people in my profession and other people that had the same goal as I had starting out, there is an answer that doesn’t involve medication . . . . There is a true system and an application and an exact way to go about it that will guarantee them results, . . . I knew that was something that I needed to do.
866-418-4801
0 Items 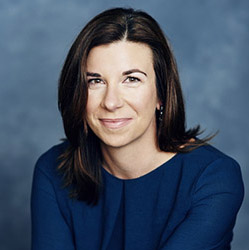 When Dr. Shannon Roznay first got into chiropractic she found that people didn’t heal as well or as completely as she thought they should.  She was doing everything that she had been taught but patients were not responding as expected.

“I figured out pretty quickly that it had something to do with the fact that nobody was really eating food anymore.  They were eating lots of processed items but it wasn’t really anything that was supplying the body with what it needed for repair.”

She determined that combining the nutritional component with chiropractic would get better results.  She could fulfill what she had set out to do, help people without lots of medication or intervention.

Her own journey to chiropractic began with an illness at thirteen.  She was sick and made the rounds of doctors, none of whom could figure out the problem.  The last stop was a psychiatrist who recommended medication.

“My mom was smart enough to know that that wasn’t the answer.  She didn’t know what the answer was but she knew that it wasn’t that.”

Instead, they went to a chiropractor.  He checked her neck and was able to handle the issue with chiropractic and without medication.  He was the only expert that could figure it out and he saved her life. Within a couple of weeks, Shannon was back to her normal self.  The experience became a driving force that led her to chiropractic to find out how she could create similar results.

“I figured that someday, somewhere, there would probably be another thirteen-year-old girl that would need that same assistance from someone like him.”

She came out of chiropractic school with a vision and a purpose.  She soon found that something was missing.

When Dr. Roznay was introduced to Nutrition Response Testing® she had a similar response: “I was sitting in the [seminar] completely blown away with the simplicity of it, but also the application.  I could see immediately the intelligence of it, and how I could apply it in my office.  I knew this was the right thing.”

That was in 2006.  She knew that N.R.T. was what she needed and completed the training for clinical mastery.  And she knew immediately that she wanted to teach.

“I saw that there was such a need to tell other people in my profession and other people that had the same goal as I had starting out, there is an answer that doesn’t involve medication and that the system is broken.  There is a true system and an application and an exact way to go about it that will guarantee them results, not only professionally to fulfill their goals, including financial goals, but more importantly to actually start to change health care.

“I knew that was something that I needed to do.

“I can only take care of about a hundred and fifty patients a week in my office, but there are a lot more people that need help and there are a lot of practitioners who are willing to do that work if they have the tools.  I wanted to be part of that and really change the way that health care looks in this country, and let them know that there is an answer.”

Dr. Roznay opened her own practice in 2013.  In the nine years since, her practice has expanded and she hit over a million dollars in business in 2019, after just six years.  In the beginning, it was her and one employee on the front desk.  She was doing everything herself, the HRVs, follow-up pre-exams, the paperwork and chart prepping.  Now she has seven staff, including one other practitioner and an office manager, and they are looking to double the size of the practice and their building, all while continuing to travel to teach Nutrition Response Testing.

She managed it all by following the Patient Management Workshop manual, by literally taking each page of the manual and implementing it.  After hitting 90 visits a week she added her first system assistant.  Roughly ninety to ninety-five percent of that growth was by referral.

The ultimate training that contributed, aside from the clinical training, was the Advanced Communications Course from UNS.

“The ability to sit and talk with somebody about whatever it is they need to talk about, to be willing to communicate, ask questions, and really, truly hear them is very important.

“It’s totally underestimated, probably in life in general, but definitely in health care.  I would credit that for my success.

“What I want to be as a clinician, and I want to be the person who gets somebody well, and the very best way I know how to do that is good communication.  It’s integral to all the levels of success in the office.  Without having those skills I wouldn’t have been able to service as many people and have them trust me enough to send in their family and their relatives.”

Click here to hear more about how Dr. Shannon Roznay built her Nutrition Response Testing practice into a thriving million-dollar practice in her webinar on our webinar channel.