Why Recurring Subluxations Happen…and How to Solve Them 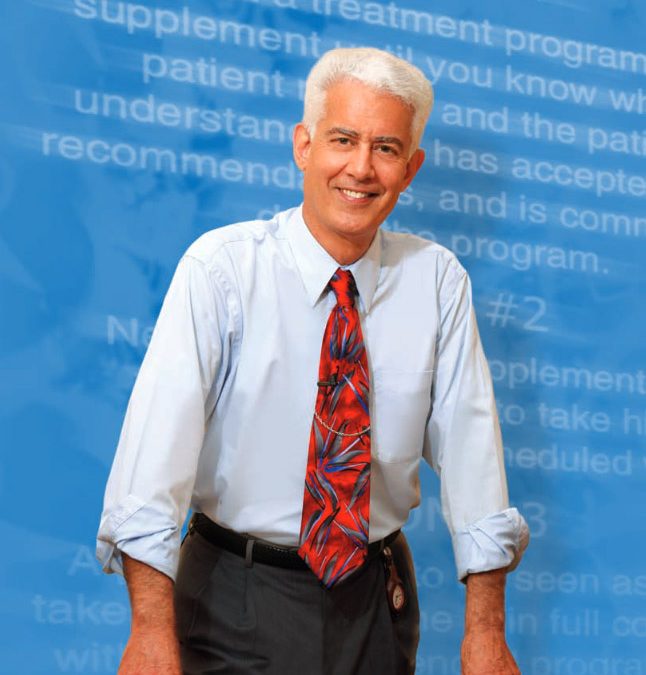 “From baby in the highchair to grandma in the rocker, the axial bones [spinal vertebrae] are as liable to be displaced by noxious substances which enter the system in our food and drink or by inhalation as they are by accident direct [trauma].”

The powerful importance of this message really hit home in 1991, when I was nearly dead and only nutrition saved me.

After my own health had seriously (and seemingly “mysteriously”) collapsed, I personally had to find a way out of this situation—how to efficiently determine what a person needs in terms of nutritional support and/or gentle detoxification, and in what sequence and what amounts and for how long. With most other programs it comes down to, “Let’s try this for a few months and see if it works.”

My patients didn’t have the patience to try things out for months and hope it would work!  What I needed for myself and as a practitioner was a system that would let me know—with certainty—what each patient needs right now, and how much, and to be able to accurately monitor each patient’s progress from start to finish. Fortunately, I found it.

The basic premise of chiropractic is that if you remove interference to the nervous system, the nervous system will then heal the body. That was the state of the technology at the turn of the 20th century. It was still working well enough in 1965, when I graduated with honors from the Chiropractic Institute of New York. We learned how to identify the exact subluxation, correct it with a precisely delivered vertebral adjustment, and verify it was corrected. When the patient got up off the table, he was healed! When you checked him the next week, it was holding!

I had such great success with adjustments for years that I would never even consider nutritional supplementation. The emphasis of my chiropractic education had been that Innate Intelligence would heal the body if you simply removed interference to the flow of Life Energy via the spinal cord and nerves, through the application of precise spinal adjustments. Interestingly, today chiropractors have much better diagnostic and adjusting technology than we had back then. But, too often these days, even though we give the best possible adjustments, the correction doesn’t seem to hold nearly as well as they used to. So, what changed?

D.D. Palmer talked about primary subluxation by injury or accident, and secondary subluxation caused by toxicity, nutritional deficiency and stress. The recurring, or secondary, subluxations were not emphasized in my training, yet the majority of patients we see today are afflicted by them. In the past fifty years, an increasingly poor diet, greater toxic burden and the stress of modern living have moved us past the point where—in far too many patients—chiropractic adjustments alone are not enough to fully restore health.

Spinal adjustments don’t hold as well when the body has lost the integrity of its tissues. We’re up against fake foods that have been processed into poisons. Our patients are worn out, their adrenals are shot, they’re propping themselves up with stimulants. Our patients don’t have knowledge about, or access to, the genuine replacement parts their bodies need in order to heal themselves.

Nutrition Response Testing® addresses this factor like no other system does. It is the only system that assesses the functional status of the autonomic nervous system directly. The result is affordable patient programs with the lowest possible pill count—and “miracles as usual” results with chiropractic.

As we remove the nerve interference and the stress on the nervous system with chiropractic adjustments, we must supply the genuine replacement parts the body needs to repair itself. With great adjustments, you can create temporary normalcy, temporary relief. But to the degree that the body’s tissues aren’t regaining their integrity, we haven’t applied all of chiropractic as D.D. Palmer envisioned it.

Put the Fire Out First, Then Repair the Body

With Nutrition Response Testing, the first thing we identify and handle is anything that would prevent the patient from getting better. If a wooden structure is on fire, who do you call in first? The carpenters? Or the fire department? Eventually, you might call both. But if you start with the carpenters while the fire is raging or even just smoldering, you don’t get results. As you’re adding more wood, the fire is lapping it up. If the body isn’t ready for the “rebuilding” stage of the program we relieve the most immediate stress first—whether from food sensitivities, hidden immune challenges, or toxic stress from metals or chemicals—depending on the body’s priorities.

With Nutrition Response Testing, first we see if there’s a fire still burning, and if there is, we put it out. Then we can bring in the carpenters and repair the body—meanwhile monitoring that body to see if any other fires are starting… because life happens. We keep that patient on an even, constantly recovering keel, and at a price they can afford.