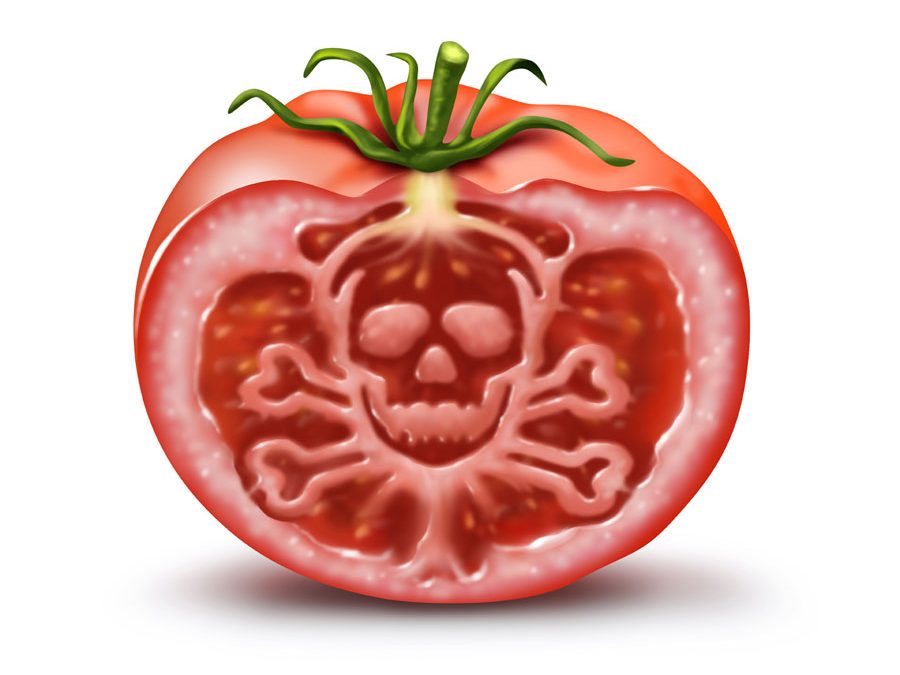 Chiropractors have a huge challenge because today we give adjustments but they don’t hold like they used to decades ago. Why is that? We have much better adjusting technology than we had when I went to school. We learned how to smack that bone in and boy, it rattled and the spine rattled and vibrated and when the guy got up he was healed! And when you checked him the next week, it was holding! Today you can give a guy an adjustment and twenty minutes later you could check him again and he’d need to be adjusted again. Why? Because they have no holding power, the body doesn’t have its own integrity anymore. It’s a fake body.

It’s absolutely criminal but that’s what we’re up against—people who are eating fake food that’s been totally turned into poison. They live on fast food, restaurant life, hotel life and they’re drinking water that is poisoned if they don’t have proper water filtration systems. On the way to a raw food restaurant in Los Angeles we were passing people actually driving in convertibles in Los Angeles traffic! I wish that I had a carbon monoxide gauge to let these guys see what the heck they were breathing! Of course, that’s nothing compared to the guys that are jogging along the roadside, breathing in all that incredibly toxic air.

When we went back into practice it wasn’t to build a big practice. My wife and I didn’t think we’d ever have the energy to build a big practice, because I was almost dead in 1991 and just barely recovering in 1992. We just wanted to make enough money to start paying off the tens of thousands of dollars we had accumulated in credit card bills during the five years that my health literally fell apart. We thought, if we can do that while we help a few people, that would be really nice. What we found was that people were suffering from the same things that I was—only not quite as bad, thank God for that! And so, we did our homework and we learned our basics.

You need to concentrate on your basics. The other day I was called in on the case of a 28-year-old female athlete: looked great, almost six feet tall, beautiful, long body, with absolutely gorgeously developed arm and leg muscles. This girl looked like she was in absolutely great shape. There was one problem: she couldn’t sleep, she was sweating all the time, she was completely exhausted—she had to force herself to exercise.

What I found was that the girl couldn’t be muscle-tested. And yet several practitioners had been muscle testing her. She was weak. Her muscle didn’t lock on the muscle test—it was that basic. She was “recruiting” [using other muscles to assist the arm] like mad. And over that incorrect muscle test, programs had been set up for her over a three-year period. None of them gave her any results. I found the thing that was making her incapable of getting the neurological connections necessary for the arm to lock. It turned out to be mercury poisoning that was affecting her thyroid gland; all of her symptoms were thyroid. Handling this immediately restored her strength and well-being.

There are some things that we learned along the road that make the difference between having a terrifically successful practice and one that is kind of barely making it along. We are the ones that need to inherit the health system in this country. It’s going to be up to us. And the only way we’re going to do that is to get incredibly competent.

We might as well check the Merck Manual: try to find which vitamin the guy is missing and then don’t give him the vitamin, give him a synthetic copy of the vitamin that’s built wrong from a carcinogenic substance. Then, if we’re really right, we actually change the guy’s physiology by bypassing his nervous system and changing his symptoms. And that’s the highest level that so-called “medical nutrition” has gotten to today. When I go to their conferences I’m absolutely blown away with how much these guys have converted from toxic pharmaceuticals to a combination of toxic and non-toxic nutraceuticals.

The point being that none of them are actually working on restoring the body’s ability to heal itself, they’re working on changing physiology by bypassing the autonomic nervous system. And that’s the difference between what we do and what is being done in the allopathic (medical) area. We’re not looking for a “safe medication.” The whole purpose of a medication or a drug is to cover up or suppress a symptom—change the symptom picture. Make the person look and act like he’s doing better. What’s happening is now the body has to find a new channel for manifesting the disease that’s developing. Does that make sense?

This is viewpoint stuff that I think underlies all technique and it’s why we have the technique that we use and why we do what we do. Because for me, the thing that has always kept me up at night was those few patients that I couldn’t quite help. And the nine out of ten or whatever it was that were getting better, I never thought about those guys. They left the office and came back for a check-up—good, everyone’s happy. But it’s that one that would come in and say, “You know, I was doing well for a while and I stopped doing better,” or “Nothing’s happening yet, Doc.” They keep coming in to remind you, week after week.

The bottom line is that what we have here may not be the perfect system. But it’s the most workable system that I’ve ever seen that enables us to actually get in and find the answers we need, quickly, so that it fits the economics of today’s world where we don’t have insurance reimbursement.

“What? You treated mumps?”

“Well, it was a seventh cervical.”

So we’re moving in the direction of getting more and more communication with the innate intelligence of the body, and in order to be more effective you have to keep expanding your educated intelligence.

First, they do not have a correct technology and good products to back it up, and that’s what we’re talking about here today. Second, they don’t know how to manage the patient. There is an exact procedure to it. It took me decades to develop it, but we now know how to manage a nutritional patient so that they convert into zealots, stay with you long enough to get well and become ever-continuing referral pools. Third, they haven’t mastered managing a practice, patient acquisition or how to scale the growth of the practice. This is nobody’s fault because this information isn’t taught in college. Fourth, is communication skills and various other communication problems that the doctors have that spill over into the practice.

I founded Ulan Nutritional Systems (UNS) in 2004 in order to deliver training in this system to other interested practitioners around the country. Since then we have trained thousands of practitioners from across the country – chiropractors, nutritionists, acupuncturists, naturopaths, some MDs and DOs and even a growing number of veterinarians – to use this system. Some of our trainees have even opened successful practices devoted only to delivering Nutrition Response Testing. UNS now also delivers training to practitioners in how to better manage patients and how to expand their practices.