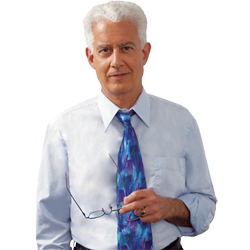 The eight modules of Advanced Clinical Training were divided into two parts to provide advanced training to practitioners who were not yet qualified to continue through and put the full complement of advanced techniques into practice right away.  The first four modules, now called Advanced Clinical Training Part 1, are an expansion of the Basics of N.R.T. and bring about a professional level mastery of the Basics, which could rightly be called a Professional Level of Nutrition Response Testing®.  That is all the name was meant to imply.  The next four modules cover the advanced clinical breakthroughs and provide a full understanding of Nutrition Response Testing.  They are the next and necessary step to achieving clinical mastery.  The separation into two parts acknowledges that some may not yet be prepared or experienced enough to rapidly build a practice based on the data from Part 1.  It allows the time and the opportunity for a personalized training program to support that growth and prepare for Part 2.  The goal is to continue on to Part 2 as soon as possible and attain clinical mastery.

The original Advanced Clinical Training Seminar was done in a single weekend with a group of very highly experienced Nutrition Response Testing practitioners.  From the beginning, it was evident that a broader program was needed to communicate all of the advances in a way that could be assimilated easily, even by practitioners who were very experienced and already seeing many patients a week in their practices and doing a great job.  Feedback from that seminar pointed to areas where more information was needed, so I went about trying to create the exact perfect program that would give everybody everything they needed.

And this evolved into, at the time, a six-module program, which was the Advanced Clinical Training Program.  And we delivered that and then realized that there were a couple of things missing, and eventually expanded to eight modules.  And that was a really good program.

Part of what we were running into was that some practitioners had no idea how to run a practice.  They were getting very good at the Basics but not developing a practice to deliver.  We determined to integrate practice management into the Advanced Clinical Training lineup to address the problem.  The program was renamed The Route to Clinical Mastery and ballooned to fourteen modules.  That was fourteen times that everyone enrolled in the program traveled to UNS to complete the route to clinical training.  It was trying to make it one-size-fits-all and it grew unwieldy, so we took another look at that.

Some people need more practice management and business coaching than others, but they all need the basics of Nutrition Response Testing, the expanded basics and advanced clinical breakthroughs.  So, we went back to the eight modules of Advanced Clinical Training but divided it into two parts, four modules of expanded basics, and four modules of advanced clinical breakthroughs.  The practice management components were divided out as part of a personalized program and time was allowed in between for those who needed it, while some could continue through the full program if they were ready.

The first four modules of expanded basics, the first part was called the Professional Level because it brought about a level of mastery of the basics that truly is a professional level of the basics, the expanded basics of Nutrition Response Testing.  That was an error, though, in that it gave some the impression that that was all you needed to know.   The point and purpose of the original Advanced Clinical Training lineup was to provide you with the advanced clinical breakthroughs and get you able to apply that knowledge with complete clinical mastery.

The four modules of advanced clinical procedures (now ACT Part 2) were designed to handle the five or ten percent of patients who are just not getting anywhere, or not as well as they could be.  More than that it completes the story and provides a broader context for the basics.

The advanced clinical procedures were developed in actual practice.  “I would run into a case that was giving me a problem.  No matter what I did with my expanded basics, I still could not crack some important part of this person’s case.  So, I started digging into it and finally came up with something that relied on the expanded basics, but was a different application with a different set of tools.  That became advanced clinical procedure number one, and then number two, and then number three.  There’s a handful of these.

It did three things.  The first thing it did was to enable me to crack that case, which was big.  The second thing it did, which was a wonderful bonus that I hadn’t expected, was that it opened up a whole new referral pool.  You have no idea how many people are watching that person coming to your office regularly over months and not getting better.  And all of a sudden, they get better.  That opened up a referral pool that you wouldn’t even imagine.  And they were all tough cases that I could handle because I had some advanced clinical breakthroughs.  Each time that happened, it would open up the door for even tougher cases.

Third is the super bonus that nobody ever talks about: I started looking at each of my patients from the viewpoint of the whole picture, all of the tools I had.  And without ever skipping any of the basics, I would know exactly what advanced tool to use with this guy.  Not only did it help me to handle the patients that I couldn’t previously handle as well as I wanted to handle, but it also gave me the ability to speed up and improve the results on the routine cases that I was previously satisfied with.  This was big.

We are still ahead of the curve with Nutrition Response Testing.  People get better using the simple basics.  Then, when you expand the basics as is taught in the first four modules, you’re now hitting home runs.  But that’s not enough.  Because those same people can be gotten well faster and easier.  That generates more referrals and you no longer need marketing.

The real clinical masters are not worried about any patient that comes in.  They are not worried because they have the full training lineup that gives them all the right tools.  When you add to that the updated test kits, which expand what you need to be able to find in today’s environment, and you have all the tools to handle everything that you find, you have the complete package.

The bottom line is to get the advanced clinical training with all the drilling so that It’s all on your hard drive, your mental hard drive, so you don’t have to think about it.  It’s the exact program that runs at the exact time practically automatically.  It’s not automatic, but almost automatic.  You look at the patient and you know exactly what to do, and you do it.