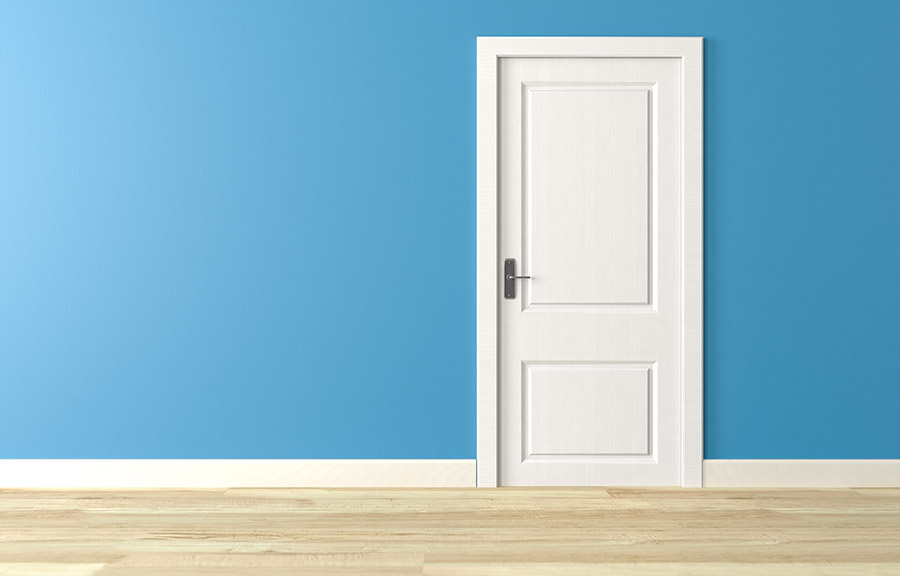 Did you ever get stuck in a room with a patient and you couldn’t leave? That happens because you’re in such good communication with the patient that they don’t know there’s anything else in the whole universe but you and them.

I did an analysis on this and decided to try it as an experiment. In our New York City clinic we had a little practice where we would see a couple of hundred people in two days. We had a little partition up. At one end I’d have my wife and my associate’s wife at a table and they’d be the receptionists and everything else. We had a seating area and there’d be 20-30 people sitting there all the time. My associate and I would be back on one side and we would just see patients, bam, bam, bam, bam, bam!

I thought, “I wonder if there’s a way of getting that feeling in Glen’s Falls?” Glen Falls was much more laid back. I had an idea, I said, “I’m going to take the doors off all the rooms this weekend!” My associate said, “What’ll we tell the patients?”

“Tell the patients that we’re doing some redecorating and we removed these doors because they’re so big and bulky and they all open out into the hallway. We don’t want to be whacking people in the face so we’re looking for some substitutes and it might be a little while before we find them.”

So, we took the doors off. It was amazing how many people were like, “Oh my gosh, where’s the doors?”

“Don’t worry about it, the doors will be back. How are you doing now on your program?”

It took about 3 weeks for people to actually be adjusted to this. They’d say, “The doors aren’t coming back, huh?”

I said, “Well, we’re still considering it, but you know, I kind of like being able to get in and out of the rooms without having to open the doors and worry about smashing somebody in the face.”

The good thing about this was it stopped the problem of being trapped in a room. Because when you’re done with your visit there’s traffic going on outside. The patient is forced to become aware of the fact that they are part of a group activity that’s going on.  Nobody got upset with this.

Well, there was one woman who got upset. I remember her very carefully because she said, “If I can’t have a room with a door, I’m not coming back!” She happened to be a good patient. I had never seen her dig her heels in on anything when I’d say, “Do this.” So I ended up putting up two folding doors, little half doors on a room that were open almost all the time, except that on her folder we put ‘Doors’ so that she would always get into that room.

It turned out that room also had another value. One of the things we do is we handle a lot of scars, due to the neurologic interference with nutrition uptake. Many of these women are suffering from the effects of cesarean scars, or episiotomy scars. So, it was good to have a room that had a door on it so that they could get the laser treatment on the episiotomy area in privacy.

Other than that, the rooms were open. Having the rooms open and not sitting down put us in control of the patient and the visit. For me it greatly reduced the amount of time I had to spend with patients.

We’re not psychiatrists that have to have the big, cushy space with the comfortable couch and locked doors. We’re doing a nutritional analysis! We’re not dealing with babies. We’re doing what we do. Some of the most successful practices I’ve seen were open clinics. Some of you have seen these, and that’s what we ended up having in NYC, Glens Falls, a semi-open clinic.

Just taking the doors off greatly improved our speed and our ability to walk in and out. Walk in, get your job done, walk out. Not cold, very warm, but you are in control. And if the patient did pin you in there, the front desk, who’s in charge of traffic flow, can stick their head in and say, “Dr. Ulan, you’re backlogged by 5 people here.” And I say, “Oh excuse me honey, I really am interested in hearing the rest of this story. Could you give me a call later tonight, I want to finish this and…” I’m out of there.