One of the Best Patient Management Tools I Accidentally Discovered 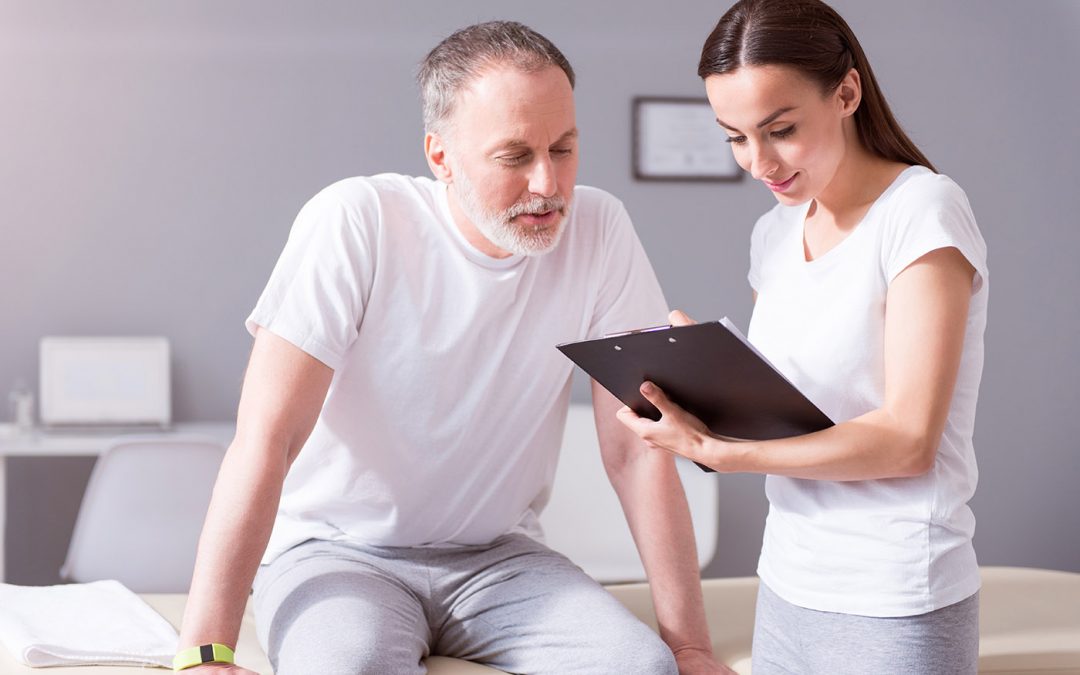 I want to share with you what I accidentally discovered to be an absolute incredible patient management tool.

For years I was trying to use the acousto-cardiograph for that purpose, because the acousto-cardiograph is an incredible diagnostic tool. If you study enough heart sound graphs, which is what an acousto-cardiograph is, it’s obvious to see what the patient’s condition is. The problem is that my patients couldn’t understand it. I could use it to give myself an objective finding of the patient’s improvement. But as I would share that with the patient they would kind of look at me while I was talking…then look at the graph…then look at me and say, “So, is that better?” That’s not the answer you want. You want “Oh, yeah. Wow.”

In my constant search to find better ways to scientifically validate the correctness of my programs on patients and find better ways of managing the patient thereby, I accidentally ran into a scientist named Alexander Riftine. He was a Russian scientist who worked in the USSR for twenty years before it collapsed. He was given a project to do, fully funded by the USSR, which was to develop a simple computerized system for assessing health status. Their purpose was to be able to identify rapidly, with a non-invasive scan, the healthiest people in Russia.

They could separate these people at a young age from their families and put them into special training camps and turn them into the best possible world-class athletes and commandos. Part of their plan, as Alex had described it to me, was to create a whole generation of gold medal winning athletes that would prove the Russian system was better than the Capitalist system. They were going to win the war by showing their guys win all the athletic events.

Alex was a naval officer. He was a very highly trained physicist and quite a brilliant guy. And he had unlimited budget. Interesting, the whole country was falling apart, he had an unlimited budget. He had all the most modern scientific computer equipment starting from the earliest days of computerization back in the sixties, and every time there’d be a new breakthrough, Alex got it. He had all the money he needed to send people out all over the countryside to establish a database of healthy people.

What he discovered was that the relationship of the rhythms of the heart were a direct manifestation of autonomic nervous system function and health. Then he correlated something very interesting: there was a correlation between the autonomic nervous system health and the actual overall health of the person. He created some incredible graphics of this.

I’ve seen a bunch of other companies have come up with various heart rate variability equipment now, because it’s starting to enter the mainstream, and all of them measure the heart rate variability. But none of them have his database of 18,000 of the healthiest people in Russia. So basically, when you get tested with his equipment it compares you to the healthiest people. There are no databases that I know of that are readily available in the U.S., or anywhere in the western part of the world, where you’re compared to an ideal healthy person. All the databases in the U.S. are based on the typical, somewhat sick person who goes in for a test. And they just keep accumulating more and more data, and now they know that the average person who is kind of not doing well is over here [on a graph], and the person who’s doing really bad is over here [on a graph]. They don’t have an ideal scene.

When I first saw this thing I was at a seminar. I got very curious about it, so I had Alex run a graph on me. I looked at it and I was rather disappointed at the findings. I went home to my practice partner after the seminar and said “You better fix me. This is really bad!” I made him fine-tune my program. I really put myself on the schedule just like a regular patient, making him fine-tune me all the time. I got very religious about it because I knew I was going to see Alex again in a couple of months. I wanted to see the improvement or lack of it.

After working very hard on my program I went to another seminar. Lo and behold, there was Alex. I said, “Alex, do a recheck on me.” He did it and I was a little bit better on the graph. It also showed me that I had a lot more work to do if I was really going to get my health fully back. I went home even more determined. I found myself thinking in almost every spare moment about when was the next time I was going to see Alex so I can get myself tested.

All of a sudden it went into another thought. I thought, “Gee, I wonder if my patients would be as interested in their improvement as I am.” So, being a bit of a gadget nut, I thought, “You know, I gotta have one of these so I could see what the heck goes on.” I contacted Alex and I bought one.

What I did was just put everybody as they came into the office on this thing. No matter whether I’d been seeing them or not, I put them on and did the test. And everybody was really curious about what the results would be, and I showed them and explained it to them. And they were going, “Wow, so…oh, no wonder…” and “Oh boy, I really have…yeah, when are we gonna do this again?”

Not having any particular protocol set up, I said, “Well, we’ll do it again in a couple of months.” You could do it every week, you could do it every day, you can even do it every hour if you want to. As a matter of fact, you can do it before and after one of your visits and see if your visit actually helped the person or put them in more stress. I had a couple of chiropractors who were proclaiming their great skills to me. We ran some live monitoring on a few live patients and they got very quiet when they saw what they’d actually done to the patient. And I’ve seen some guys do really good. It comes down to the interesting question: Are you willing to actually have your work analyzed at this level? Are you willing to actually find out how the autonomic nervous system is working now that you’ve done an intervention/ Are you willing to actually be challenged on that?