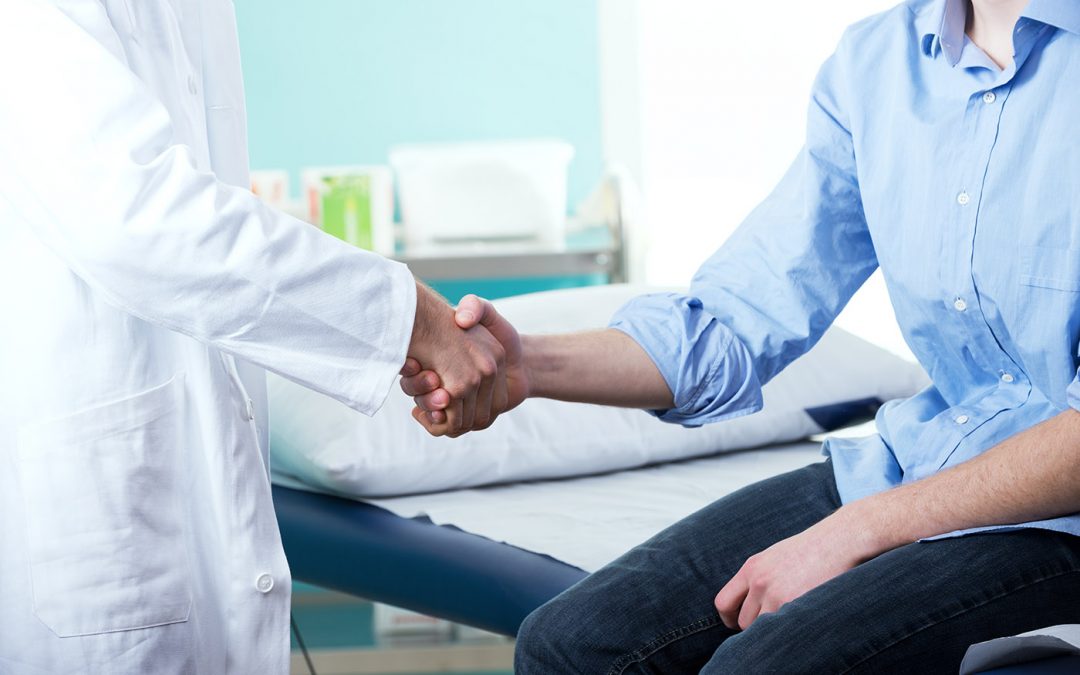 There are many different patient management systems. Most of them are designed for chiropractors and dentists. I studied most of them and found that many of them are incredibly workable if used in the proper venue.

For example, there are several different ways to properly manage chiropractic patients. There are different workable systems for managing dental patients. But if you try to use any of those systems to manage a nutritional patient you find yourself falling short and not quite able to figure out what’s going on.

All those are actually separate. If you address the person from the right point of view at the right time you get a much better result. If you happen to be a chiropractor and you’re managing a patient, if you manage the chiropractic case as the chiropractic case, and you manage the nutritional case as a nutritional case, you’ll find that with that type of setup things go much smoother. As we go through this subject you’ll see what some of the obvious differences are in the management requirements.

I hope that just by giving you some of this information you’ll be able to immediately start thinking with how you would implement this in order to improve the nutritional side of your practice.

When I’ve been called upon to help out chiropractors who want to do more nutrition, the biggest problem I run into is they try to do it all in one place, in one space, in one visit. As a result, since many of them are running insurance-based practices, they can’t charge for the nutritional part.

They do a regular chiropractic visit. They can put the right insurance code for that. Then they spend an extra 10 or 15 minutes doing the nutritional visit and that’s cash. But the patient is not used to paying cash, so half the time the chiropractor just says, “Forget about it.” And then the patient may or may not buy the nutrition and they don’t have a system for really getting the patient onto the nutritional program.

Why do we even need to have nutritional patient management? The reason is we’ve got a serious health crisis in this country that goes back to chronic nutritional deficiencies.

The evidence of the health crisis is in the fact that billions of dollars are spent on health expenditures in the United States. They doubled from the year 1990 to the year 2000. And they’re expecting to at least double again by the year 2010* and, quite frankly, I know this last number is a projection and they usually try to keep the projections low. I’m sure it’s going to go way higher than that unless some big changes are made in the health care system in this country.

The interesting thing about this is that there is this much money being spent and what are we getting in exchange for this amount of money? What are we getting for all this money that is tax dollars, 14% of the gross domestic product? A large percentage of your tax dollar is supporting this. What are we buying for that? By spending the largest amount per citizen on health care ($4,000 per person in the United States per year in health care) 13.6% of the gross domestic product, with that expenditure we have gotten ourselves into a situation where we have the highest rate of infant mortality rate of all the so-called civilized or industrialized countries. And, even more significant, we rank number 37 out of 37 in overall health. That’s what we’re buying with those billions of dollars. So, there’s obviously something wrong there.

What is the problem? How did we get into this situation? To review something from Royal Lee, his answer to this very question quite a few years ago was that we’ve drifted into this deplorable position of national malnutrition quite inadvertently. It’s the result of scientific research with the objective of finding the best ways to create foods that are non-perishable, that could be made by mass production methods in central factories and distributed so cheaply that they can sweep all local competition from the market.

He went on to say that after these foods hit the market, there develops a suspicion that these “foods” are inadequate to support life. Then modern advertising steps in to propagandize the people into believing that there’s nothing wrong with them. They’re the products of scientific research intended to afford a food that is the last word in nutritive value. And the confused public is totally unable to arrive at any conclusion of fact. They can’t figure out what the truth is, so they continue to buy the rubbish that is killing them off years ahead of their time…Royal Lee, June, 1943.

That actually pinpoints what the problem is. And of those billions of dollars that are being spent every year in health expenditure, there’s very little of that that is being spent in actually correcting the underlying problem. All of that money is being spent on handling the effects of malnutrition which expresses itself in literally hundreds of different ways. Any of you who have had experience in dealing with people with their diverse health problems and then have seen these people recover as a result of proper nutritional programs can vouch to that piece of information. Malnutrition is the problem. If malnutrition is the problem, the answer is not toxic chemical. The answer is not medications. The answer is not pharmaceuticals.

*This article was originally published in March 2005.

What is Nutrition Response Testing®?

Nutrition Response Testing is a non-invasive system of analyzing the body in order to determine the underlying causes of ill health. When these causes are corrected through safe, natural, nutritional means, the body can repair itself in order to attain and maintain more optimum health.

The purpose of the One Day Nutrition Response Testing Seminar is to demonstrate the technique and to give some introductory hands on experience.

As an added bonus, all attendees receive a complimentary nutrition check and customized program (supplements not included) so they can start experiencing the results themselves.


“This event made me think about my patients who are not holding adjustments and how Nutrition Response Testing can help them. This is a great tool to help patients get to another level in their health.”
– Jonathan Morris, DC

“Before Nutrition Response Testing I was plagued with many seasonal allergies and developed colds a lot with walking pneumonia at times and fatigue. Now I can go all year without an illness and have plenty of energy to enjoy my friends and family.”
– Mark Holtschlag, DC

Shannon is a graduate of Advanced Clinical Training in Nutrition Response Testing®. Her studies include Mueller College of Holistic Health, the Southern College of Naturopathy, and the Guan An Min Hospital in China. It was in China where she came to realize the benefits of Chinese medicine, organic foods and supplements, food allergies and metal toxicity.

An established holistic speaker and author, Shannon is a lecturer for Standard Process on nutrition, and has spoken at several companies, schools, colleges, and associations. She has volunteered for many medical mission trips working alongside doctors.