How Nutrition Response Testing® Helped Save a Daughter 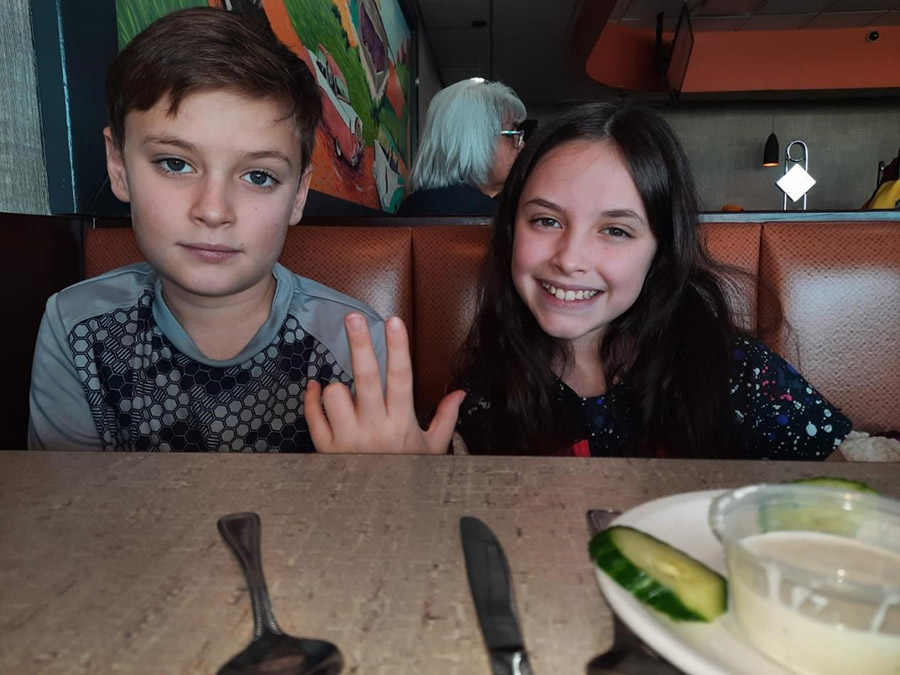 I received this letter from a mother and medical , Marcie LeDuke, RN, BSN, CFMP, whose daughter was helped when struggling with a serious health problem. It’s stories like these that make me so joyful about doing what we do every day changing the healthcare paradigm! Here is her story:

“In June 2021, my daughter (Valkyrie – 11 years old) injured her ankle when she was coming inside the front door to our house. The corner of the door closed on her ankle resulting in a fairly wide abrasion along her Achilles Tendon. I cleansed the wound and dressed it not thinking much about it.

“Three days later, Valkyrie was not feeling well. She began feeling weak and nauseated. She went to bed on June 22, 2021. I treated her as you would any sick child; however, she never developed a fever. After a week in bed, my husband and I began to worry this was something more severe, but with her symptoms being so vague and Covid affecting the world, we were very hesitant to seek medical care unless absolutely necessary. So we waited.

“June and July, Valkyrie spent several days in bed feeling weak and nauseated, unable to eat anything. When this began, she absolutely refused to lay down and insisted she must remain at a 45 degree angle. Any other position aggravated her symptoms and caused extreme anxiety and panic. She maintained this position AT ALL TIMES. There were the occasional days she would come out of her bedroom briefly and we were left with a false sense of hope thinking she was improving. Then she would return to her bed for several days once again.

“The first week of August, my husband and I decided it was time to seek medical care as she had stopped eating. I took her to the emergency room and was told it was probably GERD (a digestive disorder) and she was given a prescription. As much as I did not want to give this to her, I felt desperate for it to work. I felt in my heart my daughter was slipping away from me.

“A week later, we returned to the emergency room. I cannot express to you the degree of decline in her health at this point except to say it was very fast and very severe. She was not eating ANYTHING (evidenced by a large weight loss since her last ER visit). She now had several pressure ulcers along her spine, and so weak she could barely sit up (but she also could not lay down completely). By the blessing of God, they admitted her. She underwent several tests/procedures and remained in the hospital until mid-September. At 11 years old, she was facing the most difficult experience in her young life. The medical team was at a loss as to what was causing her decline and decided it was ’all in her head.’ Meanwhile, my daughter was telling everyone she noticed she became ill after she hurt her ankle, but no one would listen. While I am grateful for the medical interventions that saved her life while she struggled to survive, I was very disappointed with the medical community as a whole.

“Valkyrie was discharged home with a feeding tube and multiple medications. I must add that this is a child who had never been ill, never received vaccinations, never had an antibiotic, being raised by both natural parents in a God–loving home. Needless to say, this (medical conclusion and treatment) did not sit well with her father and me. My educational background was also telling me I needed to continue my search to help her.

“That is when I found Nutrition Response Testing. Several years previous, I was exposed to Contact Reflex Analysis by a friend so I began searching for a CRA practitioner or even courses I could take. I came across Nutrition Response Testing and researched it quickly as time was of the essence for my little girl. I found a practitioner in Michigan whose videos were very helpful, and he seemed very knowledgeable. I made the appointment and painstakingly drove my daughter to Michigan. This was challenging as she was still very symptomatic.

“The practitioner scanned her and immediately identified her scar on her ankle as the issue. This made Valkyrie extremely happy as she knew this all along. Her scar was addressed that morning. It was AMAZING to say the least. Only 4 hours later and Valkyrie looked at me with hope and said, ’Mom, I think this stuff is working. I feel different.’ At that moment, I knew I needed to pursue Nutrition Response Testing. I had to learn this technique because my family’s health depended on it. I was also very saddened when I thought about how many other families are desperately seeking answers and being told it was ‘all in their head’ or there is nothing else that can be done. I must pay it forward.

“Valkyrie has since had her feeding tube removed. We still do not have complete recovery of our daughter, but we are getting closer every day. I truly cannot thank you enough.

(The photo of Valkyrie with her brother was taken in Michigan approximately 2 hours after her initial visit where her scar was addressed for the first time.)