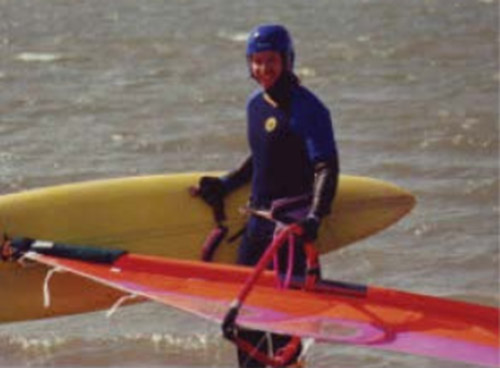 Dr. Peter Heffernan has been in practice 37 years in the same location in Waukesha, Wisconsin. He built a 100-patient-per-day practice within one year of graduating from Logan College of Chiropractic in September of 1975. By the end of his second year in practice, he had built a 500-patient-per-week practice. “We did a 90-minute pre-care class educating patients and families as to what chiropractic was. It was very successful. We started with 100 new patients a month with no outside advertising,” Dr. Heffernan explained. “I hired many associates over the years, and I was fortunate to have a partner for over two decades. We sustained a practice that saw between 20,000 and 30,000 patient visits a year,” he concluded.

As a chiropractic educator, Dr. Heffernan taught the 90-minute chart presentation for Renaissance International from 1978 through 1980. He has a Fellowship in Applied Spinal Biomechanical Engineering (ASBE) and served as its executive director from 1985 to 1992. He also served on the Board of Directors of the Wisconsin Chiropractic Association for six years. He currently serves on the Board of Trustees at Life University.

“I’m 60 years old this year, and I’m still very excited about being in practice. For me, it’s always been about long-term involvement, planning a career that will last well over 50 years. I’ve enjoyed refreshing myself when I’m not in the office. You have to take time off and enjoy things.”

To that end, Dr. Heffernan was a competitive windsurfer and still windsurfs recreationally. He began windsurfing in 1985 and has won several trophies. When he sailed long boards, some races were 14 to 15 miles long. He also surfed with short boards, which are high speed and have a smaller sail and board for faster winds.

“One of my favorite spots is Padre Island near Corpus Christi, Texas, where we sail in Laguna Madre, a beautiful 80-mile-long body of water about two-and-a-half miles wide. Padre Island lies off the coast of Texas, and if you sail the water between Padre Island and the mainland, it’s only about four-and-a-half to five-and-a-half feet deep. So, if you fall off your board, you can touch bottom. You’re getting more chop than you are getting big swells, so it’s a great place to learn how to become a better windsurfer.”

Relating windsurfing tech to chiropractic tech, Dr. Heffernan says, “Windsurfing is all about physics: how you stand, where your weight is, your foot positioning. If you’re biomechanical oriented, if you’re into sheer force, velocity and gravity—all the basic principles of physics—it’s really, really fun.”

The American Chiropractor (TAC):  You are a proponent of Applied Spinal Biomechanical Engineering (ASBE). What should readers know about this adjusting technique?

The work was originally developed by Dr. Ronald Aragona from Manchester, New Hampshire. There are over 5,000 isometric, isotonic and isokinetic-coupled maneuvers. It’s a very specific, easy system to use and practice.

TAC: What are the primary principles of ASBE?

Heffernan: One of the primary principles of ASBE is that you’re trying to restore the spine to bilateral symmetry of function. If the spine is more efficient or stronger on one side than the other, the patient does bilateral exercise like walking or riding a bicycle or anything that is repetitive and bilateral.

The adjustment itself will help, but the patient has to be involved in the rehabilitative process in order to get the spectacular gains. Otherwise, you are often just managing instead of correcting. And these days you must also be mindful of the key factors of nutrition.

TAC: That is an interesting comment given that you have considerable chiropractic tech. Why do you feel it is important to add a nutritional component?

Heffernan: “I was actually resistant to the whole area of nutrition for years because I just wanted to stay a biomechanically based, subluxation-correcting chiropractor. But I think it’s obvious to anyone who’s observing the world that we live in that the country is morbidly obese; people are highly inflamed.

It’s just been well documented over and over that when you’re dealing with nutrition, there is a condition that has been termed “post-prandial dysmetabolic syndrome,” which is eating hollow calories and the body treating it as a poison. When we’re consuming non-nutritive, hollow calories, the body interprets it as a poison, and it creates an inflammatory response.

All the chronic diseases that our country is suffering with—arthritis, heart disease, diabetes, autoimmune illnesses, Alzheimer’s —all the diseases that we see that are so prevalent in our society are all different forms of chronic inflammation.

Chiropractic is based on the principle of addressing stress, toxins and traumas as the cause of subluxation, and so it should become absolutely obvious to any chiropractor who’s serious about helping patients get better that patients are just not holding their adjustments. It’s becoming difficult to even give them an adjustment. You have to use a lot more effort. It’s just a lot more difficult to give a spinal adjustment to a highly inflamed, morbidly obese patient. So you have to address nutrition in order to get subluxations correctable, or in order for people to hold their adjustments.

TAC: How did you begin?

Heffernan: It became clear that I had to address nutrition. I started to talk to patients about hollow calories and how they need to eat more nutritive foods, and I started to think in terms of providing fish oil as an antioxidant, as an anti-inflammatory, and also Vitamin D3, which was the “sunshine vitamin,” and general multiple vitamins.

We started to do some nutrition, but we didn’t know how to do it. The time component with a patient is critical, so how do you engage them on nutrition in a few minutes and still give them an adjustment and still make a living?

TAC: So how did you overcome that dilemma?

Heffernan: I was fortunate to discover Dr. Freddie Ulan’s Nutrition Response Testing to use as a nutrition system in the office.

This came about because my youngest daughter became very ill. She had been receiving chiropractic care her whole life. She was born at home without drugs and vaccinations. As she got older, she had to have an emergency appendectomy when she was in graduate school. After that she started to get sick; her digestive system started to fail her. It got worse and worse, and over a five-year period it threatened her job, and she’s the primary breadwinner in her family.

We had already sent her to other chiropractors, acupuncturists and gastroenterologists to try and help her, and she just got progressively worse. But when she was tested with Nutrition Response Testing and given a program of nutrition, within a few weeks she was feeling amazingly better, and over a period of months she totally regained her health.

We were initially exposed to Applied Kinesiology and the use of whole food nutrition (Standard Process), and we started to incorporate this in our practice. It was exactly what we were looking for. Ulan Nutritional Systems also has a practice and patient management component to its training that is easy to implement and highly effective.

So with Nutrition Response Testing, rehab and specific chiropractic, we regained our ability to really help people in this modern world where people are so sick.

TAC: Tell me about whole food nutrition. Why Standard Process?

Heffernan: Well, that’s something I didn’t understand until I started to study it. The body has electromagnetic fields. You have the nervous system that carries electrical energy, multiple redundant energy fields that carry information and energy throughout the body. Even on the surface of the skin, you have electromagnetic energy. And people have a field of energy around their body. So the body is exquisitely intelligent in its ability to interpret the environment, and it can tell the difference between a synthetic vitamin and an organic nutrient.

When you make synthetic vitamins from coal tar, even when you have the amino acid sequence in the vitamin correct, the body still knows it’s coal tar. It knows the electromagnetic signature of things that are toxic, and this is why, as an example, synthetically made ascorbic acid doesn’t work as well as vitamin C with all of its bioflavonoids and its cofactors.

If you have nutrients that are put together in whole food supplements, it’s actually food, concentrated food. It has the electromagnetic signature of natural plants, and the body recognizes that on an electromagnetic level.

TAC: Can you coordinate for our readers the nutrition viewpoint with the fundamental philosophy of chiropractic?

Heffernan: Yes, certainly. Being 60 years old, I lived through a long period where science kept gaining more and more dominance, and we almost turned science into a dogma or a religion.

We went through a long period of mechanistic reductionism and materialism—not giving any credence to energy. But we’re living in a quantum world. We understand now that all matter is collapsed energy, so chiropractic aligns itself with that idea that there’s a life energy, a life force.

And Nutrition Response Testing is highly congruent with basic chiropractic philosophy, utilizing the same intelligence and working with it—whether it’s with a chiropractic adjustment to remove interference from the nervous system, or if you’re supporting the nutrition that the body needs to rebuild itself and to maintain health.

TAC: I know you have varied interests and hobbies besides windsurfing. What are they?

Heffernan: In the late 70s, I had a patient of mine who was a machinist, and he could do virtually anything. He had an engine machining shop, and he’d rebuild cars. I always had a fascination with trying to understand how an automobile motor or engine worked, how the spark plugs create an explosion, push the pistons down, moving in a sequence, turning the crankshaft.

I bought a 1965 convertible Corvette, a red one with black interior. It was already missing the original motor. I took that car completely apart, re-machined it and welded the frame. I actually took the frame out and had it acid-dipped, took all the bad metal out of it, wire-welded in all new metal, rebuilt the internal and external gusset plates and put the frame back exactly the way it was.

I learned how to paint, and we did zinc-chromate priming and Imron painting so it will last forever. I put in stainless steel brake lines, stainless steel gas lines, stainless steel exhaust, stainless steel sleeves in the exhaust ports—everything to last for a long, long time. I put a blueprinted 350-horse power motor in the car, all re-machined, with a Mallory ignition system, poly carburetors, dual-plated Edelbrock manifold, and Hurst four-speed shifter. The car would go 140 mph. It was a phenomenal experience.

I’ve applied that same attitude and philosophy with almost everything I’ve done in life: Determine an area that you’re incompetent in, then work your way into competency, and then unconscious competency. And then just keep doing that over and over and over with many different things in one’s life.

Accordingly, what is so remarkable about the Advanced Clinical Training with Ulan Nutritional Systems is that it’s the only fully integrated, methodical teaching system of theory and practical work I’ve ever been exposed to in chiropractic. It eliminates all the confusions. There’s a lot of drilling, there’s a lot of partnering and learning the fundamentals such as how to rule out “blocking” and “switching,” where the autonomic nervous system is not in a position to be tested.

Dr. Ulan’s system makes applied kinesiology very duplicatable and very predictable in its outcome. It’s exciting to see one practitioner after another get the same results and the same findings, and my patients get the ultimate benefit.

Peter Heffernan, DC, is currently enrolled in the Advanced Clinical Training program at Ulan Nutritional Systems, Inc. He practices in Wisconsin and can be reached at docheff@gmail.com or his office at (262) 549-4555.