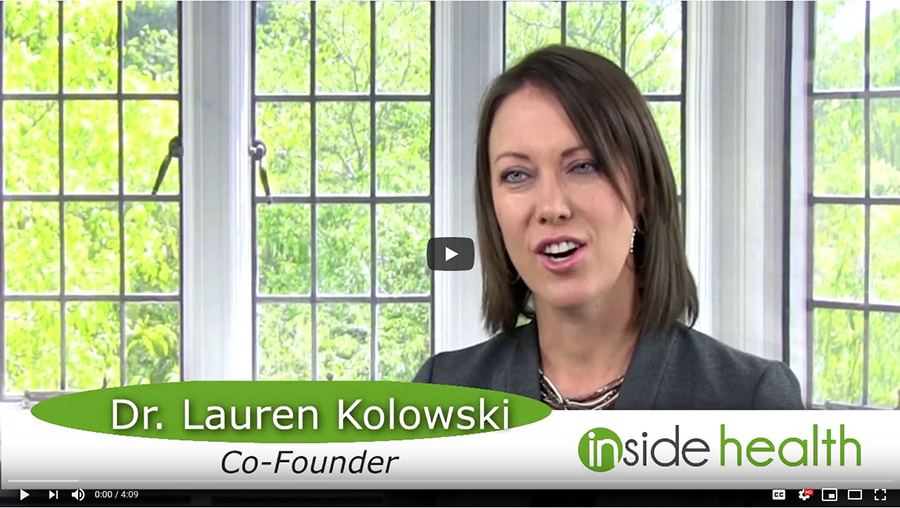 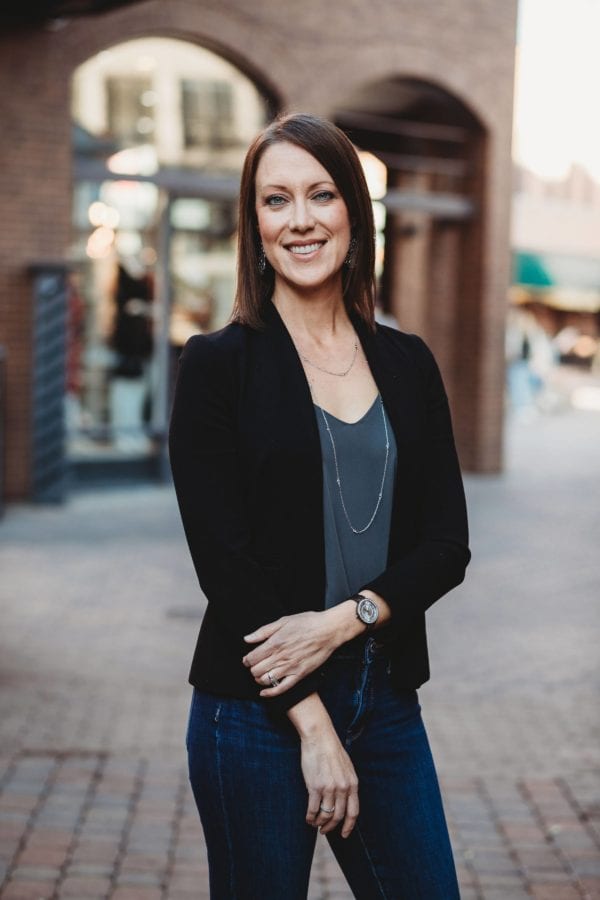 Dr. Lauren Kolowski has first-hand experience of what it means to feel hopeless in the face of overwhelming health issues that will not respond to treatment.  Rapidly deteriorating health led her to Nutrition Response Testing® as a last-ditch effort after years of failed treatments.  NRT not only changed her life, but it also introduced her to a newfound purpose and a passion to help other people the way she had been helped.

Dr. Lauren and her husband, Dr. David Kolowski, opened Inside Health, a Chiropractic and Nutrition Response Testing practice, in Loveland, Colorado, in April 2010.   David had followed her into the study of Chiropractic at Palmer College of Chiropractic in Davenport, Iowa.

It was in the middle of their time there that Lauren’s health fell apart.  According to David, she went through several nights of severe insomnia, severe inflammation, and chronic pain that came out of nowhere.  They didn’t know what was going on.  Lauren had struggled with health problems since kindergarten, with insomnia, whole body aches, headaches, throat problems, and a persistent fever that had come to accept as normal.  But this was a new level of intensity.

“I honestly felt like I was losing my mind.  At the point that our son was born, I was so sick mentally and physically that there were points where I couldn’t even respond to his needs.”

David would come home to find her lifeless on the couch.

“There was no drive.  It was hopeless.  No husband wants to see their wife struggle like that.  I was watching my wife wither and fade right in front of me.”

Lauren continues, “We went everywhere.  We saw everyone.  We did medical tests.  We did natural tests.  At that point, I was at my wit’s end.”

David adds, “The last person we talked to basically told her, ‘I can’t figure out anything that’s wrong.  Nothing is showing up.  None of your tests are coming back with anything I can help with.’

“It would have broken her if she didn’t maintain some level of hope that something else was going to come around.”

And then they found Dr. Brad Christiansen’s clinic in Iowa and Nutrition Response Testing.  For Lauren it was a revelation.

“He was able to design a clinical nutritional protocol for me as an individual.  My sleep was better.  I lost weight.  My mental health was better.  I could see myself gracefully aging instead of getting sicker and sicker.  After finding Nutrition Response Testing, I literally got my life.”

With that success and newfound health, the Kolowskis started Nutrition Response Testing training themselves while still in chiropractic college.

“We honestly knew we had an obligation, what Dr. Ulan always says, ‘a joyful obligation.’  Once we found out about NRT, once we knew w

They both completed the Intermediate level of NRT while still in school.  After graduation, they brought their young family to Loveland and opened their own practice.  As the practice was established, they continued their training at UNS through Professional and Advanced Clinical Training (now called ACT 1 & II).  In between, they attended Symposiums and branched out to take classes in marketing, management, practice analysis, and communication, and partake in consulting/coaching services. Their practice has continued to grow as a result, hitting a new record last year as a million-dollar business.  That number reflects a lot of good that they have brought to the health of their community and hope for their patients.

With eight full-time staff the Kolowskis have bought a new building as the practice continues to grow.  After several months of renovation, they moved in in May this year.  The new building gives them more space to do more things and organize their treatment rooms for a more efficient operation, with room for expansion in the future.

The larger space also allows for bringing in more practitioners.  They have two Nutrition Response Testing practitioner associates currently, another in training, and yet another one ready to get started soon.

Their services have expanded beyond Chiropractic and Nutritional Response Testing to include the ionic cleanse foot bath, the PEMF mat from UNS, and, at first due to necessity in response to COVID, doing more phone consultations, now reaching across the country.

“We thought, “Hey, we can do phone consultations.  We can help.  It’s obviously not as good as if they were in our brick and mortar, but we definitely have people that, if they don’t have a Nutrition Response Testing practitioner near them that we can refer them to, then we would rather they be getting nutrition and supplement guidance with us.”

“We’re family.  Honestly, we feel like we are building a tribe of people who all have similar desires for their health and their families.”

Chiropractic and Nutrition Response Testing work hand in hand to bring the highest level of care to their patients.

“It’s how to absolutely be an asset for your patient, for your business, and for your outlook on what healing actually could and should be.  In today’s world when people are toxic and inflamed, they’re not getting the results with chiropractic that they could, unless the sources of the inflammation are addressed first.

We talk with people.  If someone comes in off the street, sick and inflamed, we do an evaluation with Nutrition Response Testing, and we talk with them, such as, “You are absolutely a candidate for chiropractic, but not yet.  You’re not even ready for that yet. You’re so inflamed right now. We have to get that under control in two to four weeks. And then I bet you would be a fantastic chiropractic candidate.”

Here’s my take. I was at Palmer College of Chiropractic. I was being adjusted by some of the best chiropractors in the world and I was sick as hell.  So, I think it’s beautiful, what Dr. Freddie and the whole team at UNS have put together.  They have the systems. What we have depended on is the coaching, the training, and the systems to make this work in our office.”

For Lauren, there is a time still fresh in her memory when she couldn’t bear the thought of seeing 40.  Now that she has passed that mark, she sees a bright future with Nutritional Response Testing and chiropractic.

From testimonials and interviews with Dr. Lauren Kolowski and Dr. David Kolowski.