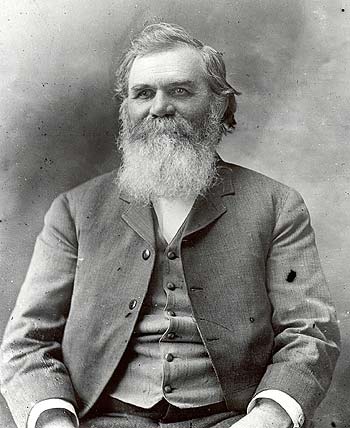 To solve the conundrum of my own declining health, I had decided to go back to the true source of chiropractic—D. D. Palmer—to find out exactly what his vision was and how it compared to the way we modern chiro­practors see ourselves.

Imagine my surprise when discovering D. D. Palmer’s view of the role of “foods,” such as refined white flour, in the causation of spinal subluxations. Indeed, this hidden cause of the recurring subluxation syndrome has changed the way those of us who specialize in spinal adjustments market and sell our services.

Historically, the focus of chiropractic has been on spinal ma­nipulations or the correction of spinal subluxations. However, due to its increasing popularity, we have seen the introduction of nutrition in a majority of practices in the past few decades.

Chiropractors practicing nutrition are actually following a path cleared by D.D. Palmer, who offered nutrition as a solution. The science, art, and philosophy of chiropractic, commonly referred to as The Chiropractor’s Adjuster, states:

“From baby in the high chair, to grandma in the rocker, the axial bones, the spinal vertebrae, are as liable to be displaced by noxious substances, which enter the system in our ingesta and drink or by inhalation, as they are by accident direct.”

Just as one would expect, food and its toxicity cause misalign­ments in the spine. He wrote:

Isn’t that what our population is suffering from today? Almost everything that they eat is denatured and processed. A few factors typical of “food” commercially available in all grocery stores and restaurants include:

D. Palmer commented further on how such “food” acts as a poison, which has a direct effect upon the nervous system: “Poisons taken into the body by inhalation, ingesta, or drink act in a noxious manner on the vital properties or textures of an organ or the system at large, by and through the nervous system, the nerves of which, being irritated…”

Making the case that nutrition is a vital component, if not a priority, he said: “…the nerves of which, being irritated, contract longitudinally and act on muscles, which, by their muscular attachments, draw bones out of alignment.”

It is abundantly clear that dietary violations cause sublux­ations. This fully explains the vital concept of the visceroso­matic reflex, which he published in 1910: “Poisons as causes are indirect, they act on nerves, nerves on muscles, their combined action throws a vertebra out of alignment.”

He also concluded: “Bones displaced ever so little by… poisons impinge upon sensitive nerves, conveyors of impulse, thereby augmenting or decreasing functionating, which is disease.”