At my age is it really even worth trying to make changes? 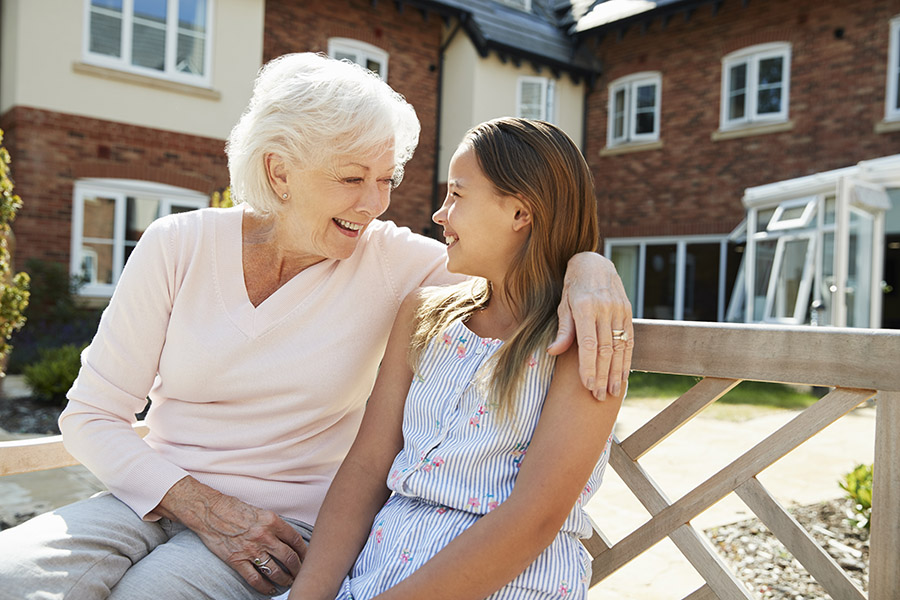 Being a Chiropractor that utilizes Nutrition Response Testing®, I get my share of geriatric patients who achieve miraculous results.  They sometimes don’t even tell me about their improvements right away.

Case in point was a woman in her early 80s who came in to see me. She had diabetes and other physical issues. She was on a few different medications at the time.  I did my initial Nutrition Response Testing examination and recommended a standard program using whole food supplements.  After 2-3 weeks on the program, she came in and said that she had a checkup with her primary care doctor.  He reduced all her medications by a third and took her completely off of 1 of them because her blood work looked so good. I told her that was good news and we’ll just keep working on her current program.

A week later she came in and said, “You know, I didn’t tell you this but I have macular degeneration.”   Macular degeneration is a condition where the vision degenerates. It can lead to blindness and often occurs in elderly people.

She said, “I’ve had this dark grey band in my vision and my ophthalmologist was giving me injections in my eyeballs. I got 6 injections and they were very painful. They didn’t help at all but the gray band is gone now. I didn’t even tell you that I had it.  Is there anything that you are giving me that would have helped with that?”

I looked at her program, thought about it and said, “Well, we recommended some zinc for your pancreas, but the eyes need zinc too. Maybe in theory you had a zinc deficiency that was causing or contributing to the diabetes and the macular degeneration and we addressed it.  It looks like everybody’s happy now, your eyes and your pancreas!”  She did so well on the program.  She lost some weight she wanted to lose and was feeling so much better.  The funny thing is when she first came in, she asked me, “At my age is it really even worth trying to make changes?  Do you think I can really improve at my age?”

I asked her the question that I often ask my senior patients, “How much longer would you like to live if you had a choice?” I get them to really think about that and whatever their answer is I say, “Do you want to live those years as healthy as you can be?  Because if you do, then there’s hope because we can actually help you with that!” That conversation helped her to make a firm decision to fully commit to the program and make whatever changes necessary to be as healthy as possible.

I had another interesting geriatric case. This was a woman who was 82 when she came to see me.  She was suffering from an inability to hold her head up – it was just hanging forward. Throughout the day, the weight of her head would just pull it down further.  Her head would go lower and lower to the point that she was literally walking and looking at the floor. She couldn’t look up and it was severely interfering with her ability to function.

This was a very active woman even at 82 years old.  She was very social.  She has a special needs granddaughter that she was taking care of, she ran several of the social groups in her senior development and she was still driving.  It was very distressing to her that she couldn’t stand up straight.  Not to mention, she was very careful with her appearance, always dressing in beautifully coordinated outfits and carefully applied makeup. She was embarrassed by her posture. She said, “This is not a good look for me!”

She had arthritis in her spine as well as osteoporosis.  She had multiple vertebral compression fractures causing a severely increased thoracic kyphosis or “hunchback”.

She had been suffering with this for over a year before coming to see me.  She had been to 8 different doctors.  Before arriving in my office, she was receiving botox injections in her neck, which didn’t help her at all.  They were painful and weren’t improving anything.  None of the doctors she had seen were able to help her.

I did her evaluation and found the “priority” organ, as we say in Nutrition Response Testing.  My evaluation indicated her thyroid as the priority needing help.  I recommended a program and within 3 weeks, she was able to hold her head up!  She kept asking me, “How did this happen?  How did you do this so fast?”  I told her, “I have no idea.  I can’t answer that.  We just use Nutrition Response Testing to find out what your body was missing, and I gave it to you!”  That was 7 years ago.  She is 89 now, still drives and lives her active life doing what she enjoys.

Over the past 7 years I have helped keep her health stable with whatever other issues she’s run into.  When she first came in, she had other conditions that needed to be addressed.  She had high blood pressure and hypothyroidism.  We have been able to keep her stable and improve her health throughout these past seven years.  She really hasn’t aged much in these seven years. She looks exactly the same.  She has a fully intact mind and is very full of life and energy.  She wants to live as long as she can because she wants to be to help her special needs granddaughter.

The goal I have for all my patients, no matter what their age is, is to grow healthier as they age. I always say, “You can be old and healthy at the same time!”